Ramblings and rantings from IT Architect & Designer, Julian Knight

When you press win+tab, you used to get a sticky view that showed all of the open application windows for each monitor with a miniature picture of the window.

As of the 1803 update in May, this view has slightly changed so that view now includes a timeline that you can scroll through rather than just a list. There is also a search box to make it easier to find what you want if you have lots of windows open. 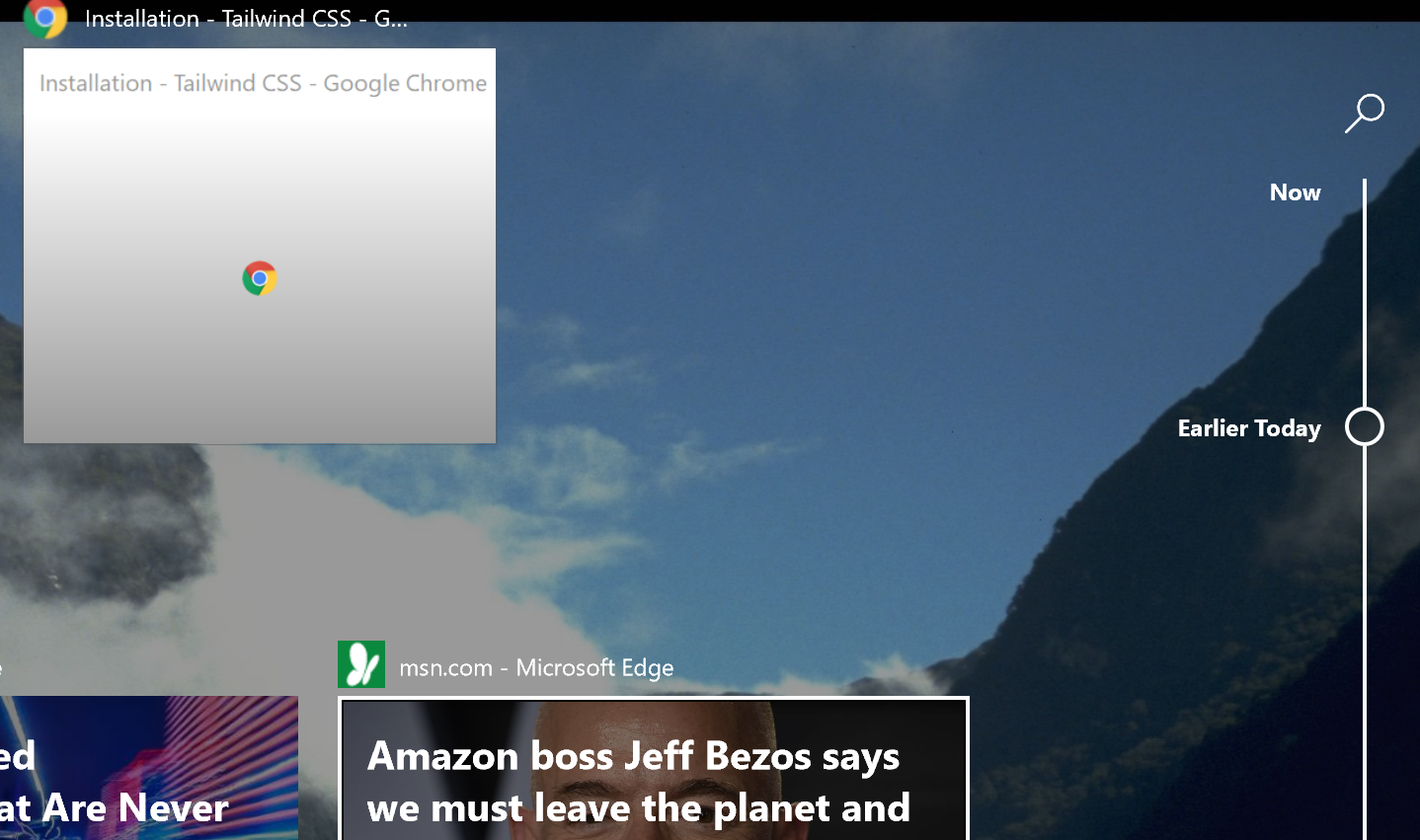 The new view also includes application tabs as well as windows. But only if the application has been adapted.

I have to say, though, that the feature has been very poorly implemented so far:

Previous: Cloud Automation for IoT
Next: Use an Authenticator App to Login to PayPal
Share/save this page using:

I signed the Pro-Truth Pledge: please hold me accountable.